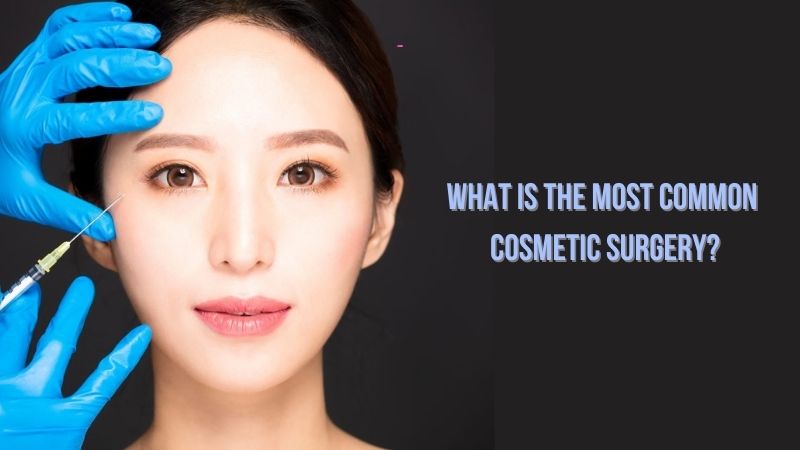 There are many ways to improve your appearance and build your confidence. Aesthetic plastic surgery of the face can change facial features, restore hair growth, and improve the quality of the skin. For this, there are various procedures – rejuvenating, beautifying and reconstructive.

The 13 Most Common Plastic Surgery Procedures

There are special threads with thorns used for non-surgical facial rejuvenation. These threads are passed through the soft tissues of the face, providing a lifting effect. This non-surgical procedure is indicated for patients with sagging skin and signs of aging in the midface, along the jawline, in the neck and eyebrows. Selective lifting of certain areas of the face is possible. There are different types of threads: short with the two-way direction of the spikes; long, also double-sided (with spikes or notches), or long one-sided threads (for contour tightening). Different threads have different effects (tightening/gathering fabrics). Threads can be used in combination with the classic open facelift or endoscopic facelift.

Duration of the surgery is approximately 30-40 minutes.

This simple procedure does not require hospitalization. The patient can leave the clinic immediately upon completion.

Threading techniques work well to achieve a temporary facelift effect. The result lasts 1-2 years, after which new threads are required to maintain it. Threads should be treated in the same way as other temporary aesthetic treatments such as botulinum toxin, absorbable dermal fillers. In all these cases, the loss of the result after a certain period of time is not regarded as a failure. The combination of minimally invasive techniques such as BOTOX injections, hyaluronic acid tissue fillers, IPL (Intense Pulsed Light) treatments, laser treatments, Thermage (Radio Frequency Skin Tightening) achieves a powerful but temporary anti-aging effect.

Duration of the surgery is about two hours.

The results are very individual – in some patients they last for several years, in others they are lifelong.

A full lift tightens the loose skin and underlying tissues of the lower two-thirds of the face. The incisions are in front of the ears; from these incisions, the surgeon gains access to the cheeks and mandibular line. Excess fat is removed, muscles are tightened, the skin is redistributed over their surface, its excess is excised.

Duration of the surgery is about four hours.

The operation can be performed on an outpatient basis, although hospitalization is still preferred for some patients.

A mini-facelift or mid-face lift gives the effect of rejuvenating the central part of the face – from the lower eyelid to the upper lip. This is achieved by tightening the sagging soft tissues and increasing their volume in the middle zone. With age, this volume is lost due to the influence of external factors, including gravity and solar radiation.

Duration of the surgery is approx. 1-2 hours.

The need for hospitalization depends on whether the mid-zone lift is performed on its own or in combination with other surgeries.

For augmentation and reshaping of various parts of the face (chin, lower jaw, nose, cheeks, etc.), solid three-dimensional facial implants with a given shape are used. The installation of such implants allows you to give the face a more harmonious outline. Implants can be made from various materials. The shape of the implant depends on the area of the face for which it is intended.

Duration of the surgery is approximately 1.5 hours.

Hospitalization is usually not required.

The results are individual; the effect of the operation is al-ways lasting. In general, the result can be described as an improvement in the contours of individual parts of the face, leading to a harmonization of the face as a whole.

Recently, face liposuction has become very common; it can be used on its own as well as in combination with a facelift or other aesthetic treatments on the face. The essence of the procedure is to remove excess adipose tissue using a cannula connected to a vacuum aspirator, which allows you to emphasize the contours of the face, in particular, the line of the lower jaw. In addition to this standard technique, there are others, for example, using laser lipolysis.

Duration of the surgery is from 30 minutes to 1 hour.

Liposuction is performed on an outpatient basis.

The procedure gives good results in patients with excess fat along the jawline and on the neck, provided that the skin tone is good and there are no muscle cords on the neck.

Fat transfer is also known as lipofilling, lipografting, or fat injections. It allows you to use your own fat to correct uneven body contours. The technique was developed and implemented in practice in the early 90s and is widely used today.

Aesthetic indications for lipofilling include sunken cheeks, lack of fat in the cheekbones, deep nasolabial furrows, and furrows between the lower eyelid and cheek. It is also one of the main lip augmentation methods. In addition, lipofilling can be used to correct any irregularities on the body, for example, formed after liposuction or as a result of trauma.

The necessary fat is obtained by liposuction, through one or more punctures 3-5 mm long. Usually, the donor area is the belly or the inner thighs. The resulting fat is processed by centrifugation, filtration or washing. As a result of processing, a pure fat of a liquid consistency is obtained, ready for introduction.

The fat is then injected where it is needed. Fat is injected into the recirculation zone in small portions, so that small area of the injected fat are surrounded by healthy tissues on all sides. The contact of the transplanted fat with the surrounding living tissues ensures the access of fat cells to oxygen and nutrients.

The duration of the surgery depends on the volume of lipo-filling; on average, about one hour.

Lipofilling allows you to correct deep wrinkles and furrows, as well as irregularities, including those formed as a result of liposuction. Another effect is an increase in volume, particularly in areas such as the cheekbones, cheeks and chin. Improving the quality of the skin in the area of lipofilling can be a positive “side effect”. After part of the injected fat has been absorbed (20-50%), the result can be considered final.

A forehead lift, or an eyebrow lift, is a procedure that strengthens the muscular framework of the forehead, tightens the skin and removes excess skin. The operation can be performed according to the classical technique, i.e. through an incision in the scalp immediately behind the hairline, and endoscopically, through 3-5 short incisions, using a camera that transmits an image to a monitor, making it easier for the surgeon to visualize the areas where he is working.

Duration of the surgery is from one hour to two.

The result after surgery lasts for 5-10 years.

The duration depends on the number of follicles to be transplanted. It usually takes several sessions of the procedure. The duration and number of sessions is ultimately determined by the initial picture and the surgeon’s preferences.

The transplanted hair has the same color and texture as your own hair in the recipient area. If done correctly, the procedure gives good results and restores patient confidence.

Laser face resurfacing allows you to smooth out shallow furrows and wrinkles on the face using an erbium CO2 laser, or another laser device that simultaneously acts on several layers of damaged facial skin. The treatment also helps to soften wrinkles around the eyes and mouth, reduce scars, and improve complexion.

The whole procedure takes about an hour, depending on the size of the affected area. Sometimes several sessions are required (but no more than six).

The procedure is performed on an outpatient basis.

They are quite persistent, however, one must bear in mind that the procedure does not stop the aging process of the skin. New wrinkles will form with age.

Otoplasty, or auricular plastic, allows protruding ears to be pressed to the head and / or reduced in size. This cosmetic surgery is most commonly performed on children between the ages of four and fourteen and may be covered by insurance.

Duration of the surgery is about 2 hours.

This is an outpatient operation.

The results are usually persistent.

Rejuvenation of the perioral region

The procedure involves an increase in the volume of the lips with the help of injectable fillers or fat transfer (lipofilling). Methods for smoothing wrinkles include laser face resurfacing and chemical peels. There are ablative (which involves removing the top layer of wrinkled skin) and non-ablative techniques. Ablative ones include CO2 laser, Erbium-YAG laser and chemical/mechanical peels. Non-ablative techniques include Intense Pulsed Light (IPL) and radiofrequency techniques; such procedures are carried out in several sessions until the desired result is achieved.

Duration of the surgery is from 30 minutes to 1 hour.

The results are individual. In general, the entire area around the mouth is rejuvenated and the shape of the lips improved. With absorbable fillers, the result lasts only a few months. The degree of smoothing of wrinkles around the mouth after resurfacing varies from patient to patient.

Rhinoplasty, or nose surgery, allows you to change the shape of the nose, its size in the direction of decreasing or increasing, to remove the hump, and also to change the shape of individual parts of the nose: the tip, pyramid, nostrils, the angle between the nose and the upper lip (nasolabial). Rhinoplasty combined with nasal septum surgery can also improve nasal breathing.

The operation lasts for one hour or more.

This surgery does not require hospitalization.

The results are lasting.