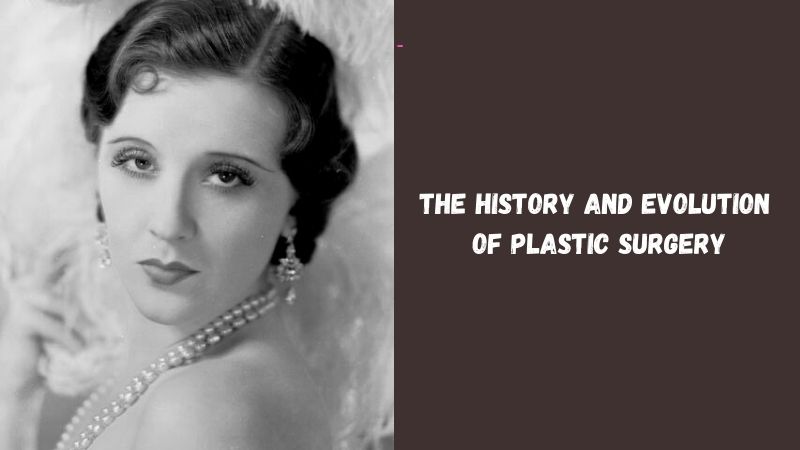 Looking at the photographs from the “before and after” series, one involuntarily thinks that plastic surgery is the most modern and progressive branch of medicine. A surprising fact is that several centuries ago such operations were carried out everywhere – in different parts of the world.

When was plastic surgery invented?

The first experiments in aesthetic surgery were staged in ancient India, as well as in Egypt and China. For example, they corrected the shape of the nose using the skin from the forehead and cheeks and even quite successfully corrected the hare lip. It is curious that the doctors even managed to leave inconspicuous stitches – no one liked postoperative scars.

Of course, many operations ended unsuccessfully – with severe inflammation, blood poisoning and death of the patient, and there was no high-quality anesthesia yet. Moreover, in other countries, such an outcome ended with the execution of a doctor, but despite this, in an attempt to become more beautiful, people decided on such desperate measures.

Some methods that seem barbaric to us (but nevertheless exist in certain cultures to this day) also indirectly refer to plastic surgery. For example, the tight bandaging of the feet of Chinese girls, as a result of which, after a few years, a tiny leg was obtained, which did not even allow an adult girl to walk normally. It gave a lot of torment, but it was considered beautiful and emphasized social status.

Now mostly women use the services of plastic surgeons, but in the Middle Ages, men wanted to improve their appearance. This was largely due to the epidemic of syphilis in Europe. As you know, some patients have their noses sinking, but doctors have learned to solve this annoying problem, thus hiding the patient’s diagnosis from others. The patient him-self was the donor: the necessary skin flaps were taken from his forearm.

The Catholic Church categorically did not approve of such manipulations, believing that since the man had sinned, he should bear the punishment sent down from above.

Many achievements of plastic surgeons were published years and decades later because neither the public nor other doctors took this field seriously, considering it a dangerous quack. Meanwhile, there are official data according to which the first facelift was done by the German Eugene von Hollander back in 1901! His colleague Eric Lexer did the same five years later. The actress, who agreed to the operation, used a special system of bandages for many years that tightened the skin of her face. The whole design was hidden under the hairdo so that it was not so noticeable. Of course, this took a lot of time and effort. Lexer was the first to make an incision in front of the auricle – with its help, even today, the middle zone of the face is tightened. Both the one and the other published the results of their work much later, as they feared bullying from colleagues.

Not only for the sake of beauty

After the First World War, the demand for the services of plastic surgeons was especially high since a huge number of mutilated people appeared who wanted to regain their normal appearance. It was then that the first experiments on skin grafting were made, and the first steps in maxillofacial surgery were also made – the lower part of the face of the fighters often turned out to be disfigured beyond recognition.

For example, the case of the British sailor Walter Yeoh is known, whose face was damaged beyond recognition in the Jutland battle. Walter became one of the first people to undergo such a complex plastic surgery – he successfully transplanted skin flaps on-to burned areas. Another soldier, Willie Vicarege, actually lost his lower jaw in the same battle. He was in despair, but his face was also restored through a series of complex operations.

In 1794, the British Colonial Corps landed in India. Then the first descriptions of the eastern method of nose reconstruction surgery using the forehead skin appeared. “Plastic surgeries of ancient Indian doctors deserve special attention. They knew how to restore noses, ears and lips, lost or crippled in battle or by court order. In this area, Eastern surgery was ahead of Europe until the 18th century, when the surgeons of the East India Company did not consider it humiliating for themselves to learn the art of rhinoplasty from the Indians, ”the prominent Indian scientist Arthur Basham writes in his book “The Miracle That Was India”. The English surgeon Joseph Karpu decided to carry out such an operation only in 1814.

In the 19th century, after the advent of antiseptics and anesthesia, the development of plastics received a strong impetus. By the way, before the beginning of the 20th century, these were men who turned to plastic surgeons, and after that – women.

In 1899, the first tummy tuck was performed – Howard A. Kelly from Baltimore removed 6 kg of fat from the saggy belly of a lady who weighed 129 kg (three years earlier Dr. J. W. Chambers, also from Baltimore, removed from the same woman 11 kg from a “huge, flabby and very saggy chest”). Until the 70s of the XX century, the abdomen was tightened according to the Kelly method – unnecessary adipose tissue was surgically removed along with excess skin.

At the beginning of the 20th century, the first facial rejuvenation operations were carried out. In 1901, the German surgeon Eugen Hollender published a report on the rejuvenation operation he performed on a Polish aristocrat. In 1906, Charles Conrad Miller developed an operation to “remove the saccular folds of the eyelid skin.” Soon, a facelift became a standard procedure.

The first female plastic surgeon was named Suzanne Noel. The Frenchwoman began to practice in 1912.

In the period between the world wars, the official birth of a new medical specialty – plastic surgery – took place. After World War II, plastic surgery focused on breast augmentation and fat removal. There was a fashion for a large bust. In the 1950s, experiments began with the introduction of silicone to enlarge various areas of the body, but the silicone did not fix in place and became the cause of infection. They began to try other materials, but all the substances spread and the patients suffered.

In 1963, the Americans Thomas Cronin and Frank Gerow invented silicone gel prostheses; in the 1970s, polyurethane appeared. In 1991, the first trial ended, during which it was found that silicone implants lead to diseases of the human immune system – from chronic fatigue to rheumatoid arthritis, lupus and nervous system disorders.

A beautiful breast has been appreciated at all times, so even in the first decades of the last century, European doctors began to experiment with adipose tissue transplantation. But they took cadaveric material, which, of course, was rejected and caused blood poisoning. The patients’ own fat also turned out to be a dubious remedy: pumped into the chest, it lost quality over time, disfiguring the body.

The owner of the first modern-day implants was a young Texas housewife named Timmy Jean Lindsey, a mother of six children. She was 26 when she agreed to a risky medical procedure. After that, she became a real celebrity, and crowds of American women contacted the professor, who first performed such an operation, in order to also get a dream chest.

The modern range of popular plastic surgeries is extremely wide. Surgeons rejuvenate the face, change the shape of the lips, ears, nose, transplant hair, shape the cheekbones, correct the shape of the buttocks, arms, legs, abdomen and even the external genitals. In addition to rejuvenation, liposuction and breast augmentation remain the most popular manipulations.

At the same time, now the possibilities of medicine make it possible to correct the most difficult cases. For example, in 2005, the Frenchwoman Isabelle Dinoir received a new face to replace the old one, which was gnawed by a dog beyond recognition. The donor was a deceased woman, the operation was successful, the tissues took root, and today Isabelle looks like an ordinary person. An even more complex operation was carried out a few years later in Barcelona. The man, who was seriously injured due to careless handling of a gun, received not only a face transplant but also facial muscles, a jaw with teeth, a throat and cheekbones. The operation became not only aesthetic – thanks to it, the man was able to breathe, eat and even speak again. Every year there are more and more such cases, which gives many people hope for a full future.